Just received a notice from Billy Gardell’s agent that, due to a scheduling conflict with his TV production schedule, he will have to cancel his October 3rd Fremont Comedy Club appearance. Refunds will be available from where you purchased your tickets. We are working on a new date. I’ll post updates as we get them. I apologize for any inconvenience.

Advance reserved tickets ($35 and $45 plus handling fees) are on sale now at all VALLITIX outlets. Charge by phone at (888) 825-5484, order on line at: www.vallitix.com . Also available at POLYTIX on the Cal Poly Campus at the PAC Box Office and polytix.com.

Billy Gardell stars in the CBS Hit television series, MIKE& MOLLY as Officer Mike Biggs. MIKE & MOLLY garners approximately 13 million viewers every week. Set to premiere this March, Billy is also the host of a new game show, MONOPOLY MILLIONAIRE’S CLUB, based on the hit board game and produced by the team behind Deal Or No Deal. Before Mike and Molly, Gardell co-starred in the critically acclaimed television series “Lucky.” His other television credits include “Yes Dear” and “Judging Amy,” on the Network, “My Name is Earl,” “The Practice,” “Monk” and “Gary the Rat.”

He made his major motion picture debut alongside Anthony Quinn and Sylvester Stallone in “Avenging Angelo,” and had a memorable scene with Billy Bob Thornton in the Cohen Brother’s film “Bad Santa.” He also appeared in “You, Me & Dupree”, plays Umpire Haze in the baseball feature, “Undrafted” and appears in the upcoming Clint Eastwood directed film, “Jersey Boys.”

Gardell took the long road to Hollywood, stopping at every small town lounge, military base and comedy club along the way. His comedy act took him to Los Angeles where his dedication to acting, along with touring as a stand-up comedian, allowed him to grow consistently in both arenas. His stand-up show is a powerhouse. His grounded, down-to-earth point of view strikes a strong chord with American audiences. Stories about his rough childhood, wild adolescence and new family life are executed with the skill of a master craftsman.

A native of Pittsburgh who currently lives in Los Angeles, Gardell loves Steeler football, stand-up comedy and his wife Patty, and son Will. 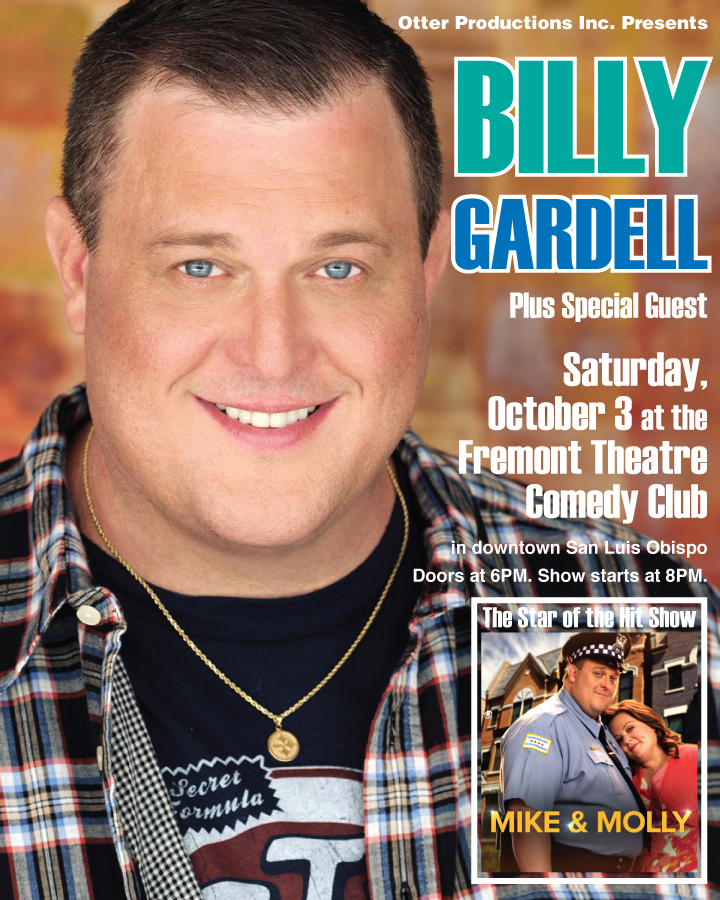