Otter Productions, Inc and Cal Poly Arts are pleased to announce GAVIN DEGRAW is coming to the Performing Arts Center as a special Center Stage added event on Wednesday, October 4, 2017 at 7:30 p.m.

DeGraw is a multi-platinum-selling singer, performer and songwriter. He is currently on the road in the U.S. on the Gavin DeGRAW TOUR, where he will be performing a stripped-down set, diving deep into his catalogue for the first time in his career.

DeGraw first broke through with the 2003 release of his debut album, Chariot, which sold over 1 million copies, earned platinum certification, and yielded three hit singles: “I Don’t Want To Be,” “Follow Through,” and the title-track, “Chariot.” His self-titled second album debuted at No. 1 on the digital sales chart and at No. 7 on Billboard’s Top 200 album chart in 2008 earning DeGraw his first Top 10 album. It spawned the hit singles “In Love With A Girl,” which Billboard dubbed “a rocking home run,” and the gold-certified “We Belong Together.”  You can see Gavin performing one of your hits in concert by clicking on this link:  Watch Gavin DeGraw perform “Chariot.”

Tickets range from $70 to $40.  Limited numbers of VIP tickets are also available for $143, and include exclusive signed artist merchandise. Advance Reserved tickets go on sale Friday June 16th at noon. 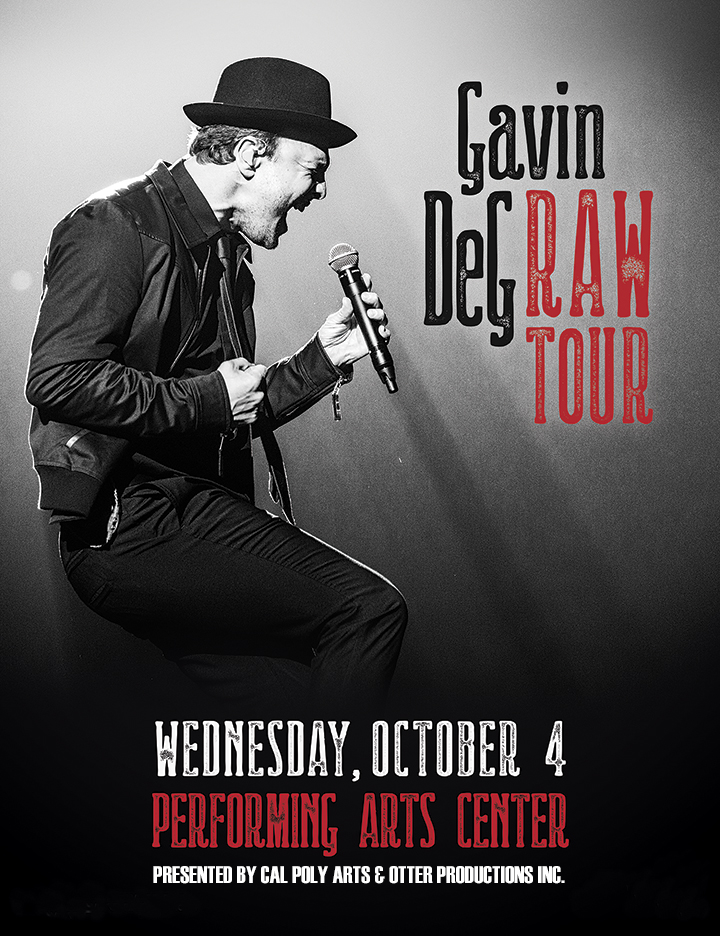