Russell Brand brings his Messiah Complex World Tour 2013 to the Fremont Theatre Comedy Club on August 16. Messiah Complex is a mental disorder where the sufferer thinks they might be the messiah.

This show looks at the importance of heroes in this age of atheistic disposability. Plus there’s sex. Obviously.

Did Jesus have it? What about Che Guevara, Gandhi, Malcolm X and Hitler? All these men have shaped our lives and influenced the way we think. Their images are used to represent ideas that often do not relate to them at all. Would Gandhi be into apple?

Would Che Guevara endorse Madonna? Would Jesus be into Christianity (wow man you’re blowin my mind!!). Should we even care what they think considering Gandhi slept with naked girls in his bed,  Malcolm X dealt drugs and Che Guevara smelt funny?

All great people are flawed, all of us, flawed people are capable of greatness and for every identifiable icon there is an anonymous mob of unrecognised bods doing all the admin and heavy lifting. 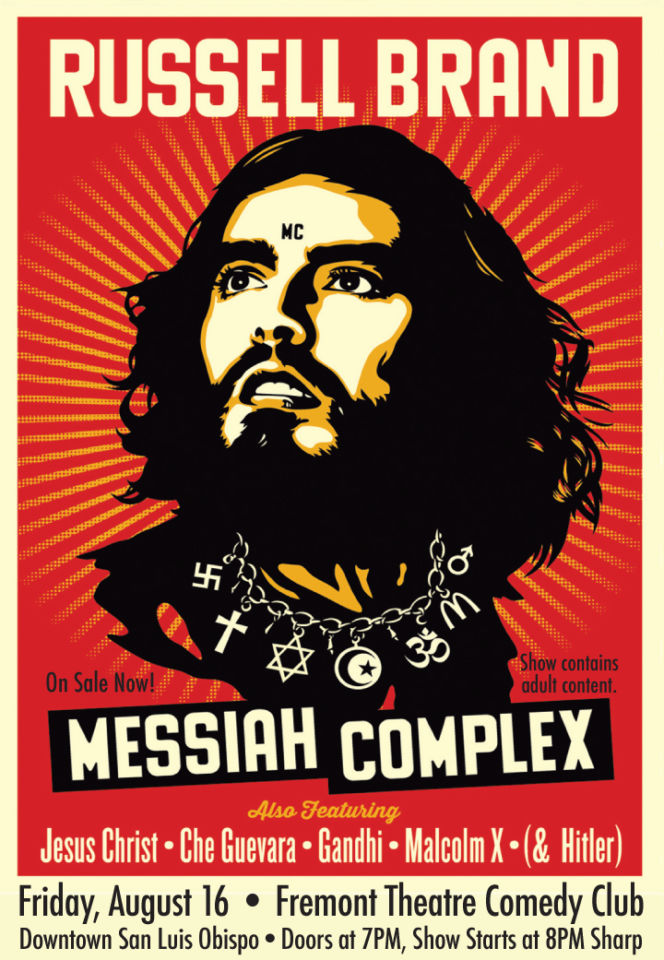 Advance Reserved tickets are on sale now at all VALLITIX outlets.
Charge by phone at: (888) 825-5484
Order on-line at: www.vallitix.com.