The MAVERICKS are coming to SLO! Finally! The Mavericks, that eclectic American band, combining neo-traditional country, Latin, rockabilly… The Mavericks, that truly Americana band… coming to the Historic Fremont Theatre in downtown SLO on September 20th with their “MONDO MUNDO TOUR 2016”, all MAVERICKS, all night… Advance Reserved tickets ($40 and $50 plus handling fees) are on sale now at all VALLITIX outlets including Boo Boo Records in SLO. Charge by phone at (888) 825-5484, order on line at: www.vallitix.com.

“The world has too much strife, racial and social divides being fed 24/7; it’s non-stop. It turns normal, loving people into brainwashed zombies who can’t come together. Maybe it’s the hopeless romantic in me, but I’d like to make a place where all people can come together.” — Raul Malo

It sounds like lofty “hippie speak,” something the Grammy winner jokes about, but Raul Malo, the son of Cuban immigrants, and his musical comrades believe in bringing people together – often in the name of good times and great music – which is the most universal language of all. “One of the things we love about our shows is we get all walks of life, all ages, all colors, all politics, all genders, all religions,” frontman Malo states.

From their earliest shows as a garage band playing the punk clubs on Miami Beach, The Mavericks have had a skill for getting people to groove. Drawing on a mix of classic country, cow-punk and standards, Malo and company left South Florida, bringing their rhythmic fervor and Latin machismo, along with Malo’s lush baritone, to the world. The Mavericks are an eclectic American band, combining neo-traditional country music, Latin, and rockabilly influences. The Mavericks were founded in 1989 in Miami, Florida. Between 1991 and 2003, the band recorded six studio albums, in addition to charting 14 singles on the Billboard country charts. Their highest-peaking American single was 1996’s “All You Ever Do Is Bring Me Down”, a collaboration with accordionist Flaco Jiménez. They are best known in the UK for their 1998 single “Dance the Night Away,” which spent 18 weeks on the chart, peaking at number 4. In 1996, The Mavericks won a Grammy Award for the song “Here Comes the Rain.” 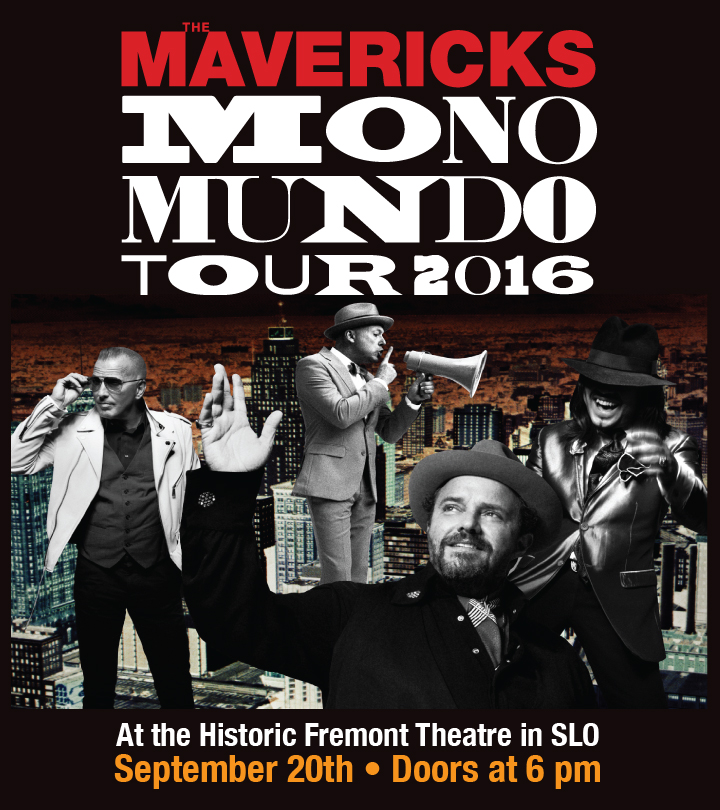