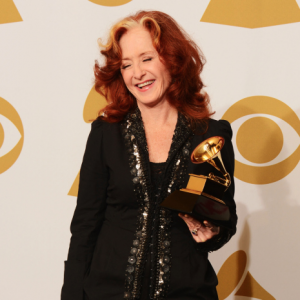 Iconic singer/songwriter Bonnie Raitt will be performing at the popular Avila Beach Blues Festival Sunday May 24th. Bonnie won for Best Americana Album — the 10th Grammy of her career and her first win since 1997. Bonnie also praises the other acts that were nominated in her category including John Fullbright, Mumford & Sons, The Lumineers and The Avett Brothers.  Raitt won Best American Album for her 2012 work, “Slipstream.”

Bonnie credits her hiatus to the California Redwoods for giving her the refresh she needed. She says she still feels “bad-ass” after 42 years touring.